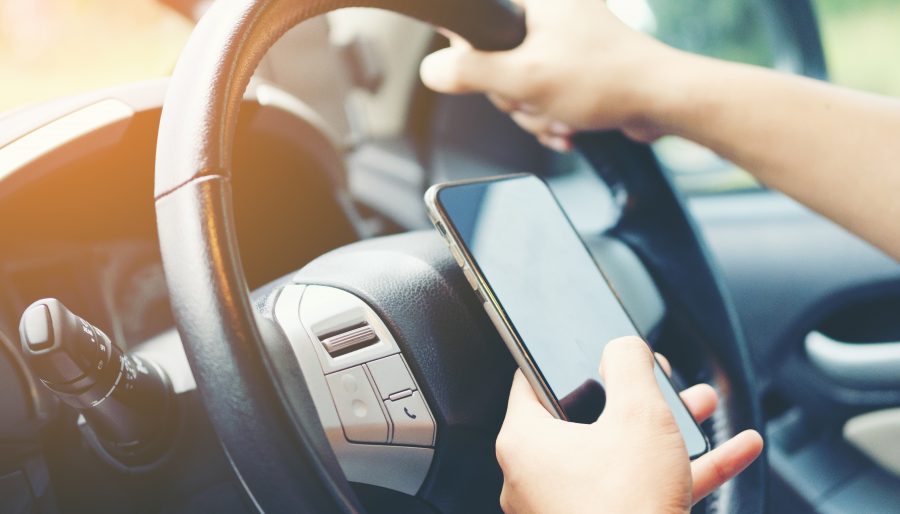 If recent media reports are to be believed, the dramatic increase in penalties for using a handheld phone while driving have not put people off making calls or sneaking a quick text.

The change of law in March this year didn’t alter the offence but did increase the level of fine and penalty points that can be applied upon a conviction. While these were widely reported, it may be that drivers are still not aware of the damage they can do to their licence and their bank balance if they get caught.

Drivers can now expect to pay a £200 fine and gain six penalty points on their licence for using their phone while behind the wheel. For drivers qualified for two years or less this will mean losing their licence. Repeat offenders could end up in court, facing a £1000 fine and a driving ban of at least six months.

One point of ignorance may be the full range of behaviours that are covered by this law. As well as calling or texting you must not check emails, take photos, check social media, browse the internet, or use any other function of your phone. Even if you car is stationery, the engine must be switched off before picking up a device.

Remember, the only acceptable use is making a call to the emergency services on 999 and it is either unsafe or impractical to stop. The law also applies to any other handheld device that could distract the driver, such as satnav, even if you are stopped in traffic or at the lights. Even hands-free use of such devices can attract a conviction. If a driver is deemed to be distracted and not focusing on the road, or other road users, they can still be charged with ‘failing to have proper control of their vehicle’.

Perhaps the safest advice for all drivers is to switch off all non-essential devices and lock them in the glovebox before starting the engine.