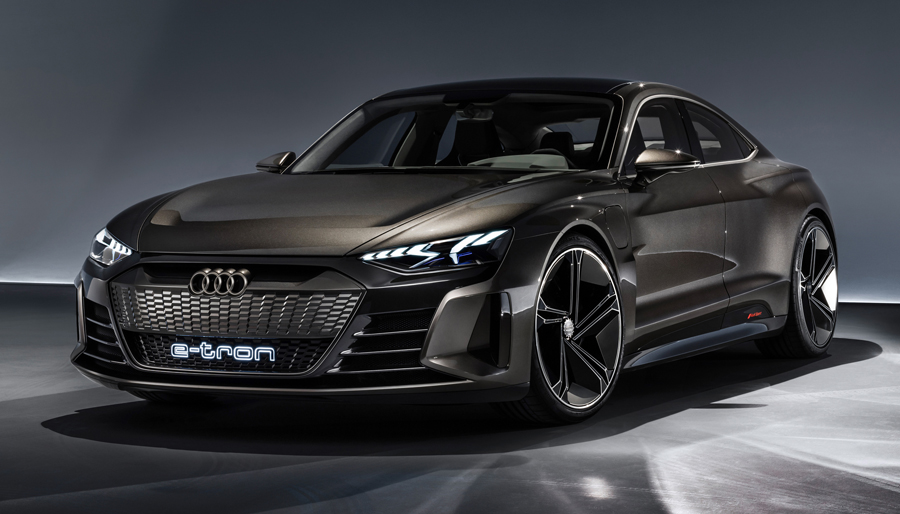 Audi have revealed a new all-electric four-door coupe that will join their expanding e-tron range. The concept has been revealed at the Los Angeles Auto Show and is expected to preview a production variant that will release in 2020. The e-tron GT will be one of the 25 electrified Audi models to arrive by 2025.

Unlike other concept vehicles that are unveiled at motor shows, the Audi e-tron GT Coupe is very close to a production model and is said to use virtually identical mechanics. 60% of the driving technology will be shared with the upcoming Porsche Taycan. 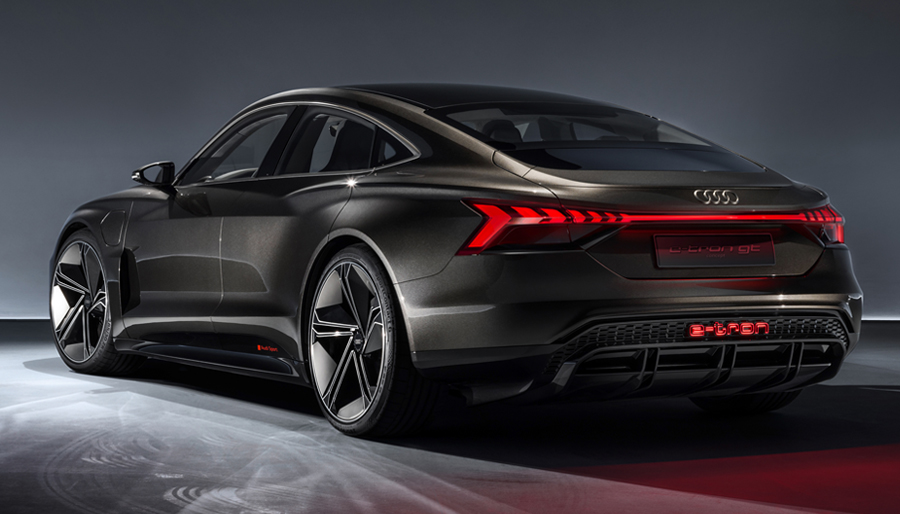 The Audi e-tron GT and the Porsche Taycan with utilise electric motors with a total output of 582bhp, more powerful than the infamous Audi R8 supercar. Four-wheel drive and instantaneous acceleration results in remarkable 0-62mph figures, that is expected to be under three sections.

Though an official range figure has yet to be confirmed, Audi have disclosed that it will use a 96kWh battery with fast charging from 0-80% in just 15-20 minutes. Like other electric models, the e-tron will regenerate power when braking for an additional boost to battery life. 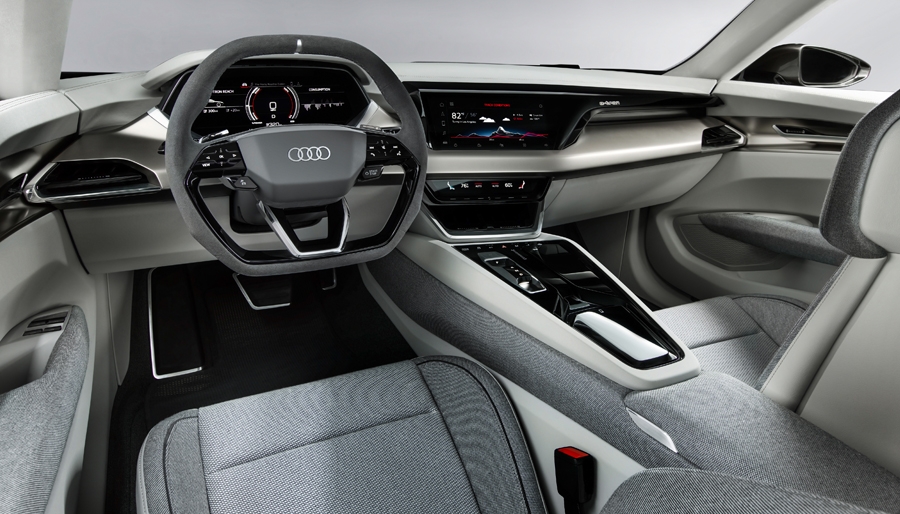 The Audi e-tron concept is around the same dimensions as the Audi A7 hatchback, though it sits 50mm lower for a more sportier aesthetic. This athletic design including 22-inches alloy wheels are expected to translate to the production version too.

Expect a full reveal of the production e-tron GT in 2020, with the first orders accepted soon after. List prices are estimated to start from £100,000.